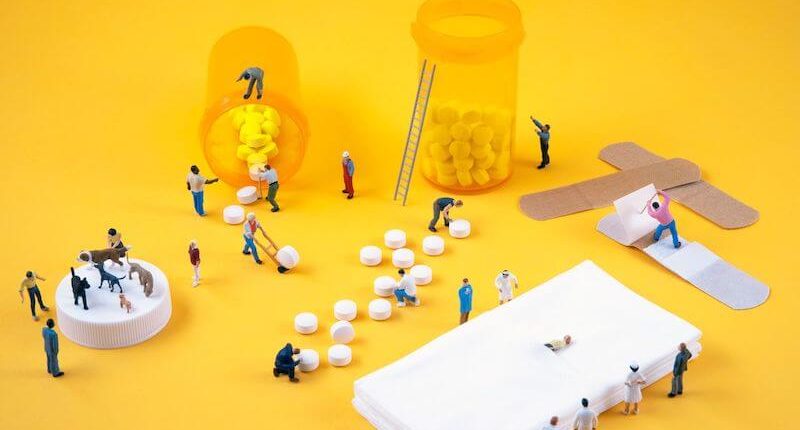 Taking care of an aging population—and their pets—and working on the nation’s digital transformation are likely to offer the most well-paying job opportunities in the next decade.
Those filling jobs will increasingly be older adults, and the health-care and high-tech fields are among those poised for the most growth, according to the Labor Department’s projections for employment in 2029. The agency’s economists review scholarly articles, expert interviews, historical data and other sources to estimate demand for specific occupations, combined with macroeconomic modeling to anticipate changes in the economy’s structure.

For workers to thrive over the coming decade they can expect to need more education and be willing to refresh their skills.
Meanwhile, home aide and restaurant jobs are expected to grow by the millions, but that work tends to pay among the lowest wages. Individuals looking for work in office support and manufacturing fields will find fewer positions.

Employment in health-care occupations is expected to grow 15% in the next decade, well ahead of 3.7% overall growth, according to the Labor Department’s study, which compares expected growth to 2019 levels and doesn’t attempt to account for the pandemic and related economic downturn.

Part of that growth—driven by baby-boomer aging—will occur in better paying jobs, such as nurse practitioners. Their numbers will rise by more than 50%, an increase of 111,000. Nurse practitioners, who usually require a master’s degree, were paid a median annual salary of $109,820 in 2019. Physician-assistant jobs, also requiring a master’s degree and paying about $112,000, are expected to grow 31.3%. Registered nurses, a job that usually requires a bachelor’s degree and paid about $73,000 in 2019, will see their ranks swell by 220,000, an increase of 7%.

Over the next decade, home-health aide jobs will grow the most out of nearly 800 job titles, with an expected addition of 1.16 million positions, the Labor Department says. The job requires a high school diploma. But while the hiring pace should be strong, wages may not be. The median annual pay for the job in 2019 was $25,280, less than half the median wage for all occupations.

Other jobs in the medical field will increase as well:

• Medical and health services managers—an occupation with a median annual wage of about $101,000 in 2019 and which requires a bachelor’s degree—will rise by nearly 32%.

• Not all of the trends driving the health-care boom are tied to aging. The Labor Department projects the number of psychiatrists to rise 12% by 2029. Community and social services jobs will increase by 13%, adding 350,000 jobs.

• Gains will be slower in other medical fields. Physicians and surgeons, among the best paying jobs, will only grow at about the same rate as the overall economy. And don’t expect a baby boom. Obstetricians and pediatricians will shrink in number as the population ages.
The shift to a digital economy will drive demand for high-tech workers. Computer and math occupations will grow 12.1% in the next decade—three times faster than the overall workforce.

Energy jobs are also among the fastest-growing occupations. Wind turbine technicians and solar photovoltaic installers will see their numbers rise by more than 50% from 2019 levels, though that is from a base of a few thousand. Meanwhile, jobs in oil and natural gas—for example, derrick operators, roustabouts, and rotary drill operators—will rise nearly as much, as the U.S. shale boom continues.

The outlook is mixed in other occupations:

• As demand for companionship increases, so too will the need to care for pets. The number of veterinarians and vet assistants will rise 16% from 2019 levels. Jobs in animal-care work—groomers, dog-sitters and the like—will see their numbers grow 23%, while animal-trainer employment will increase 13%.

• Other occupations are expected to lose jobs over the next decade. The office and administrative support sector, which includes secretaries, administrative assistants, bookkeepers, and customer service representatives, is projected to lose nearly 1 million jobs, as machine learning and other forms of automation supplant clerical workers. The shift toward remote work caused by the pandemic could accelerate that change.

• As robotics technology improves, the Labor Department projects the economy to shed 420,000 production jobs. The e-commerce boom, which increased during the pandemic, will also shrink sales jobs. Cashiers will see their numbers fall by 270,000.

U.S. Workforce Ages
By 2029, more than a quarter of the U.S. workforce will be 55 or older, up from 12% in 1999 and 23.4% last year. This is driven in part by the size of the baby boom generation and people living and working longer, says William F. Ziebell, chief executive of the benefits and human resources consulting division at Gallagher, a global insurance brokerage, risk management and consulting services firm.

The growing share of older workers will increase demand for workplace flexibility, something the coronavirus pandemic has helped accelerate. “Retiring on time doesn’t necessarily mean going off to Arizona or Florida—it could mean moving into more of a part-time role,” says Mr. Ziebell.

Greater generational diversity could strain traditional organizational structures, says Karin Kimbrough, chief economist at professional networking site LinkedIn. Employers may have to adapt—a 35-year-old could be running a team of people with 60-year-olds on it. Employees, in turn, will see their career paths take a different shape. “People might find their careers aren’t quite so linear,” says Ms. Kimbrough. “You could pick up a career later in life and be very comfortable not being that high up. But these workers will still be engaged, which is better for the economy and society.”

The recruiting process will likely span broader geographies and criteria as a result, requiring workers to have to compete more by demonstrating their skills, with educational pedigree and experience becoming less important than they are today.

Preparing for the Job Market of 2030
Even with the focus on skills, the faster-growing occupations will still require more education.

Occupations that require a master’s degree will grow the quickest over the next decade, projected to rise 15%. That compares with around 6% growth among jobs requiring all other degree types. Jobs that demand a bachelor’s degree for entry-level positions will increase the most in absolute terms, by 2.4 million jobs, compared with an additional 400,000 jobs that require a master’s degree.

However, employers are increasingly looking for workers who take initiative in updating their skills through, for example, online certification programs.

A decade ago, employers were skeptical of such programs, says Brian Kropp, chief of human resources research at research and advisory company Gartner. “Now that perspective is very different,” he says. The programs show people have in-demand skill sets and that they value improving themselves through continuous learning.

The half-life of skills is quickening in pace, Mr. Kropp says. The number of skills employers are looking for has surged, with companies listing about 33% more skills on job ads in 2020 than they did in 2017, according to a Gartner analysis. Only about half of the skills demanded in 2017 ads still feature in current job ads. Top technology companies, for example, increasingly seek experience with “mobile operating systems” and DataDog, a cloud-based applications platform. Demand for skills involving “user interface,” meanwhile, is on the wane.
“Even if the job title stays the same, the actual nature of the job is going to change enormously between now and 2030,” he says.