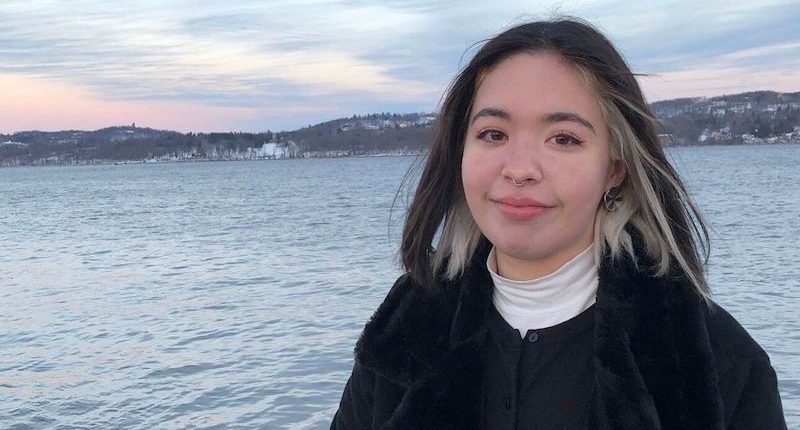 Medical Schools Are Getting Flooded With Applicants

Isabella Tincher had dreamed of being an architect since she was little, when she loved making tiny paper houses for her toy animals.

All that changed when the 23-year-old got a short-term job taking the temperatures of people coming to a Houston hospital last summer to screen them for Covid-19.

She said she often served as a Spanish interpreter and helped patients’ families navigate safety rules for visiting. Ms. Tincher said she was struck by how calming doctors were for many nervous patients, even when they couldn’t speak the same language. “Doctors were showing so much empathy, especially in these tough times, I thought it was something I wanted to be a part of and push myself to do,” she said.

This summer she will start Columbia University’s Postbac Premed Program, which helps students catch up on science prerequisites so they can apply to medical school.

Ms. Tincher is part of a wave of students who say the Covid-19 crisis inspired them to pursue medical or public health careers or shaped their interests within those fields. The valor of front-line workers and the importance of communicating health information galvanized their decisions, they say.

By April, graduate-level degree programs in public health drew nearly 24,500 applicants for this fall, a 40% increase from the year before, according to the Association of Schools and

Programs of Public Health. Companies that tutor students for the Medical College Admission Test reported a surge of customers. And Columbia’s postbac program has drawn 437 applications so far for sessions starting this summer and fall, up from 297 by the same time a year ago.

At 43 years old, Tomas Davila just started that path. Born to migrant workers in Littlefield, Texas, he was the first in his Mexican-American family to finish high school. He joined the U.S. Navy to escape small-town life, he said, and retired as a chief petty officer after 23 years of deployments as far as Iraq and Thailand.

Mr. Davila started working as a medical assistant in a San Diego clinic early last year. He said he thought about becoming a doctor but had doubts about his aptitude and age. Then the pandemic hit, and he said he found deep satisfaction in administering Covid tests, and helping even when some staffers were too scared. “To provide even a little bit of comfort, to say we’ll have results in a few days and will contact you, that put me over the edge,” he said. “I have no doubt in my mind now I want to go into medicine.”

In early December, when he got into Columbia’s Postbac Premed Program, he cried with his father at the good news. He said his father, who had picked cotton and fixed machines in a poultry plant, told him he could do anything.

Two days later, his father told the family he had Covid-19. Soon he was hospitalized and in an induced coma. Mr. Davila was asked by his family to lead their decision on when to turn off the ventilator. His father died on Dec. 31.

“The last conversation I had with him, I called to check on him and he couldn’t talk much,” Mr. Davila said. “All he could tell me was he loved me and he trusted me more than those doctors.”
Now Mr. Davila hopes to serve rural families who often lack healthcare, just as he did as a child.

Some people who had been considering medical careers before the pandemic say they were deterred by watching doctors and nurses wearing garbage bags last spring, when masks and gowns were scarce.

The price of training can be daunting, they say. The median four-year cost of attendance was about $250,000 at public medical schools and $330,000 at private schools, according to a study last year from the Association of American Medical Colleges. For entry in fall 2020, about 53,000 people applied and 22,000 matriculated.

Medical schools have seen an 18% jump in applicants to enter this year, compared with the same time last year, the association said. It can take years to complete the science course requirements, so school officials said much of that rise may reflect candidates’ decision to tackle the arduous admissions process sooner than expected, because they had more time when college went remote last year or jobs evaporated. Some medical schools extended deadlines.

Interest appears to be high for future admission cycles. The Princeton Review reported a 22% rise in enrollment in preparation services for the Medical College Admission Test from January through mid-April, compared with a year ago.
About 25,000 people used a free app offered by MedSchoolCoach to practice for the exam from January through mid-April, up from about 10,000 a year ago, said Sahil Mehta, a physician who founded the admissions consulting service.

The dedication of some healthcare workers is exciting many students, who may have been put off before by veteran doctors’ warnings that patient care meant more paperwork hassles for less pay than in the past, Dr. Mehta said. He said medicine is “nowhere near as lucrative as it used to be, or anything along those lines, but is still a very steady profession” during times of economic uncertainty.

Harvard Medical School said it received 8,002 applications to enter this coming term, a 19% increase from the prior cycle. Only 203 people got offers.

Robert Mayer, associate dean for admissions at Harvard Medical School, said some people who had previously expected to take gap years may have decided to apply because jobs fizzled during the pandemic. Offering virtual interviews also made it easier to apply to more schools at the same time.

Dr. Mayer said if what is known as the “Fauci effect” persists, with students inspired by the nation’s top infectious disease expert, schools should consider expanding. “Will this be a stimulus for us and for other medical schools to increase the size of our classes? Possibly,” Dr. Mayer said. “I could make a strong argument for it but those changes aren’t going to occur during a pandemic.”

Epidemiologists’ key role lately prompted Kunika Chahal, a 23-year-old who grew up outside Albany, N.Y, to pursue a master’s degree in public health with an epidemiology concentration. Epidemiologists were “doing countless all-nighters to try to figure out how exactly do we save the people of this country,” she said. “Without epidemiologists we would have been more lost than we already were.”

She said she started a master’s program at SUNY Downstate in Brooklyn last June, will finish next month, and go on to SUNY Downstate College of Medicine in the fall.

Ms. Chahal said she envisions a career focusing on health equity research as a tool for policy change. She said she watched in dismay as many people of color, low-income families and those without English skills struggled to get medical care.
She said her mother was nervous about the potential hazards of practicing medicine, especially last year when many health workers were getting Covid-19. Ms. Chahal’s cousin, a nurse in a New York City hospital, couldn’t sleep at home last summer for fear of infecting her family, she said. “My mom said, ‘Just get a job as an engineer, why put yourself through that,’” Ms. Chahal said. “I said, ‘How do you see people who want help and not help?’”